Once upon a time … Hungry ogres, devoured little girls, unloved children, abused princesses. The tales passed down from generation to generation feature tragic situations and strong symbols to convey the fantasies, fears or emotions that children may experience.

In the tales, there is the little story but also the big story. As in our founding myths, thanks to small scenes, these stories tell our collective imagination.

The tales are also a reflection of the community that delivered them. Dark, tragic, violent , the tales, which we know especially in the watered-down version of Walt Disney, reflect the dark side of our societies. But they also make it possible to tackle conflicts, states or problems experienced by all developing children. Incest, Oedipus, family rivalries or devouring are very clearly illustrated in these stories. Tales are in a way messages from the unconscious .

Thanks to strongly evocative images and with the help of a powerful symbolism, the tale thus participates in the construction of the imagination and the personality of the child . He needs to strengthen his unconscious so that its content is not repressed and, through the fairy tale, he will find solutions to existential problems in life. The tale also tells the child that conflict exists but that every problem can be solved.

We asked Sylvie Jobin, child psychologist and worker in a CMPP (Center Médico-Psycho-Pédagogique) and a CAMPS (Center for Early Medico-Social Action) why tales speak so well to children.

It seems that the first version of Cinderella dates back to 3000 years … The version of Grimm told today dates from 1812. How can we explain that the tale thus crosses time and ages?

The tale corresponds to human emotions. It makes sense for the children of yesterday and today because it stages stories of emotions. The child often has no words to express what he is feeling. I sometimes see the case of parents who, to protect their little one, keep silent about the death of a loved one. They invent stories, for example that such and such a person has gone on a trip… In a way, they also tell tales, but to keep quiet about what can make you sad, for example, or what makes you uncomfortable. The importance of the tale lies in the fact that it tells, that it shows, even violent stories.

What does the tale bring to the child and how does he participate in its construction?

The tale addresses taboos and fears. It tells the story of characters that are not always perfect, violent feelings, difficult family relationships … I really like the story of the “horrible little princess” which children really like. It is gratifying for them to see this princess who makes big mistakes, who makes anger … In “Le Petit Poucet”, the daughters of the ogre are devoured. Devouring, for example, is also an emotion that the child recognizes: we devour our children, we eat them with kisses, we play at making them eat by the wolf … This devouration that we put at the service of toddlers in pretending to eat them for example … The tale says that it is not so bad to want to devour your mother. It makes it possible to approach reality in its ambivalence. The tale says that things are not good or bad and that the child has the right to experience these violent emotions because they exist. The tale puts words on the states that we do not talk about. The tale allows him to represent the world and thus participates in the creation of his imagination.

Let us now see some examples of tales and their symbolism, in their uncensored version. Keep children away … or not. 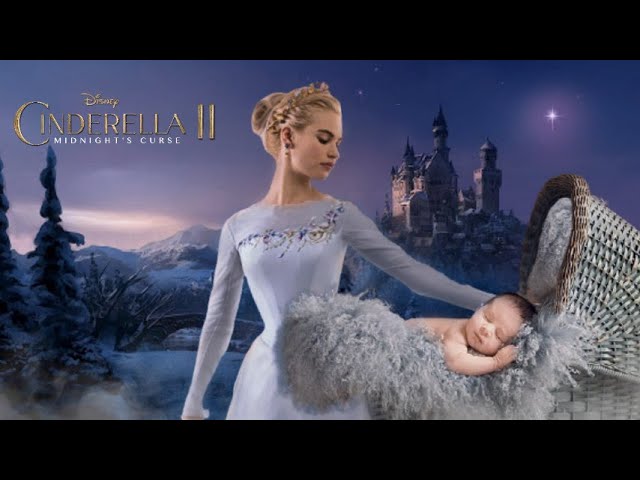 In the original story, Cinderella is so named because she is covered with ashes. Dirty, despised by her stepsisters and exploited by her stepmother the stepmother, Cinderella lives as a recluseand doomed to do the hard work of the house. But her godmother the fairy allows her to transform into a princess for an evening, the time of love at first sight with Prince Charming who sees her spinning when midnight strikes. He does not know anything about her, except her size, thanks to a slipper lost in the flight. The prince, smart and ambitious, makes try the shoe of vair (and not glass) to all the young girls of the kingdom. The stepsisters try their luck, but the shoe is so small that in order to be able to penetrate the shoe, one cuts her big toe while the other saws her heel. The blood dripping on the shoe (yuck) betrays the deception. Cinderella is finally recognizedand the sisters are condemned to have their eyes pecked by birds and beg until the end of their days. Not nice that.

A story of family relationships. The good mother dies and the bad stepmother arrives. The jealous stepsisters never stop humiliating Cinderella, a reflection of sibling rivalries that play out in all families. Soiled by the ashes of her deceased mother, Cinderella loses her femininity. It is the good mother again, embodied here by the godmother the fairy who also symbolizes the conscience , that she covers her attributes. The slipper symbolizes the sex to be filled by the young virgin offered to the prince. In some versions, Cinderella kills her stepmother. She thus leaves Oedipus by killing the mother and allowing herself the love and pleasure of the flesh with Prince Charming. A pretty young girl is charged by her mother to bring gifts to her grandmother who lives in the forest. Red Riding Hood, so named because of the color of its cloak, meets the wolf on the way. The latter sparks a little and she ends up telling him his destination and the reason for his trip. Clever, the wolf traces to the grandmother while our young girl strolls on the way. As the wolf has just devoured the old woman, he puts on his clothes and takes a seat in the bed. The little girl who sees nothing but fire joins him in the bed and is devoured raw . In the first versions, the story ends on this radical punishment. But other versions involve a hunter who kills the wolf and then fills his belly with stones.

There is no moral here, but a tale in the form of a warning .
The story thus tells three generations of women facing the masculine perceived as a predatory wolf. The sexual symbolism is present throughout the story. From the color of the cloak, which illustrates both passionate feelings and sexual impulses as the phallic glans, at the end of the story which ends in a bed. The sexual act here is devouring ; Red Riding Hood discovers the anatomy of the wolf, surprised by “his grandmother’s attributes”. Naive, the young girl must learn to recognize the wiles of the wolf. As proof, this warning: “We see here that young children, especially young girls, beautiful, well done, and kind, it hurts a lot to listen to all kinds of people (…) ”. The male figure embodied by the wolf is a predator, he is a liar, manipulator and disloyal . The hunter is the positive figure: he is the man for the job. Protector, he comes to save Little Red Riding Hood and his grandmother as a bonus. It is to this that young women should turn. Once upon a time, in a distant kingdom, a very beautiful princess was born. Her name was Aurore . But the still-baby princess received her first curse when a fairy, annoyed at not having been invited to baptism, decided to take revenge . On her 16th birthday, Aurore pricks herself with the distaff of a loom. Despite drastic security measures at the castle to avoid the prophecy, Aurore ended up pricking her finger on a spindle that was nevertheless well hidden, and fell into a deep sleep. In the dark version, sleeping Aurora ends up being raped by the prince who will give her two children. Son of an ogress, the prince’s mother wants to cook the children and the mother. She is interrupted by the prince who drops her into a pit filled with monsters. In the soft version, they exchange a chaste kiss and then get married and have many children.

There again, a warning to the young wenchs and a barely veiled allusion to onanism. Sleeping Beauty warns us that in the absence of parents, young girls should not play with their spindle , otherwise blood will flow. If she is not careful, she may put her sexuality to sleep for a very long time before a prince takes an interest in her. The brambles and thorns that surround her bed of eternity protect her virginity. And it is through the sexual act and motherhood that the beautiful Aurora comes back to life. To fully live their love, the prince will have to sacrifice his mother for his new family . He feeds her to toads and jellyfish to prevent the mother ogress from devouring her own family. 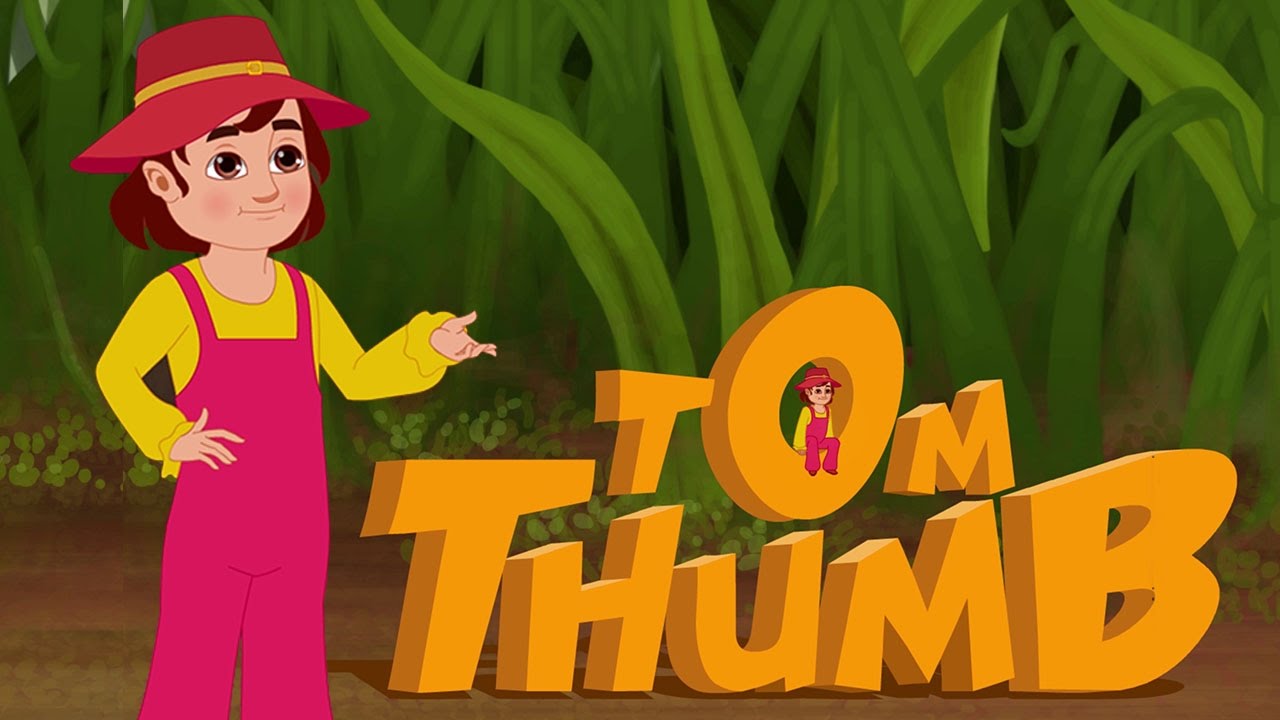 He is the youngest of a family of 7 children. The smallest, the slimmest. One day when his parents were really in trouble, they had the idea of ​​losing all their children in the forest, thus solving the problem of their suppers. The Tom Thumb had sensitive ears heard was the plan of parents and anticipated the blow . On the road and following his father in the woods, he sows small white pebbles. As the brothers realize, in tears, that their parents have left them, Poucet shows them the way home. But the motivated parents abandoned them again. Thumb, who had only breadcrumbs left as a pebble, decided to go home again. But the birds ate everything:he and his brothers find themselves delivered é s to themselves. Luckily, they find a house in the forest while they are wandering. Unfortunately, it is that of an ogre who will be returning soon. The ogre’s wife decides to hide them, but the keen-nosed monster ends up finding them: he will eat them the next day. Little Thumb and his brothers go to sleep in a large bed, near that of the ogre’s seven daughters, all crowned in their sleep. In the night, little Thumb trades hats for tiaras and while the ogre has a nighttime craving, he inadvertently devours his seven daughters. Little Thumb and his brothers run away, but the ogre runs after them. Tired, the giant finally falls asleep against a stone near which the boys are hiding. Little Thumb then steals the ogre’s boots, then his treasure,

Being abandoned by his parents: a fear present in every child and yet incomprehensible. How can parents, those we love so much, make us suffer, kill us? When father and mother fail, the landmarks (re-father) are erased, like pebbles in breadcrumbs. Behind the infanticide parents is the Ogre, cannibal and devourer . Poucet turns that oral sadism around by swapping girls ‘crowns and boys’ caps. The Ogre, by eating his own daughters, accesses self-devouring. Little Thumb, by putting on the boots of the Ogre-father, he accedes to manhood. His quest achieved, the Devouring Ogre being out of reach, little Thumb is rewarded with riches. In some versions, little Thumb wants to seduce the princess . But despite his victory, the tale ends before his attraction becomes more concrete, demonstrating that this is a quest still in progress.